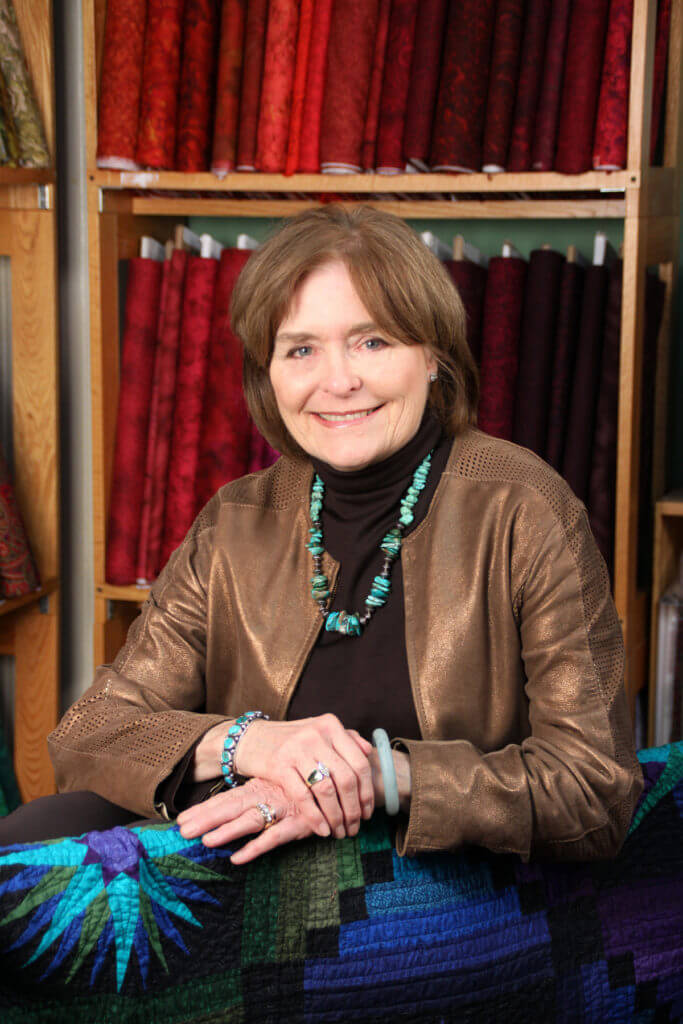 We received an email from Jan about a postcard she bought on eBay from a woman in Latvia.  Included was a photo of this card and she was wondering if we could tell her more about it. Shown here is that card. Yes, that is me from very long ago.

Many of you may know that, besides quilting, one of my other interests is amateur radio. When my father was a young boy he got his first ham radio license. To confirm a contact with another radio operator “hams” send out QSL cards. My father’s interest passed to me and I got my first license in 1957  (K6RQB) when I was in high school. I continued my ham radio activities until 1984.

I had quite some adventures along the way. Shortly after getting my license, Russia launched the first satellite to circle the earth. My father and I got up in the middle of the night so we could hear the first morse code signals the satellite emitted.

A few years after I was married, my husband, John, got a job in Nepal and right after that in India. My husband and I and our two young children went to live Nepal in 1968. I had been an active ham in the States and I got a license there.

Once in Nepal, I was one of only two hams in the country, and the only one who operated in both voice and morse code.  I was able to talk with my father almost every day. One of my frequent contacts was with King Hussein of Jordon who was also a ham. The American ambassador to Nepal was married to the ambassador of Viet Nam and the only way they could contact each other was by radio and Madam Ambassador would come to my house once a week to talk with her husband by way of a ham in Viet Nam.

Just like quilting, there is a bond among hams around the world. When my sister died and I made arrangements to fly home, obviously anyone listening knew my plans. At every single stop on the way home, a ham radio operator was there to greet me and make sure I had no trouble with my connections…New Delhi, Bangkok, Hong Kong, Honolulu and Los Angeles.

These days we are very lucky to be able to easily communicate with almost anyone, anywhere, but back then, this was quite a handy hobby to have.

To read more about this, my story appeared here on the web page for ham enthusiasts and their history here.

49 thoughts on “Getting to Know Jinny Beyer Part II”