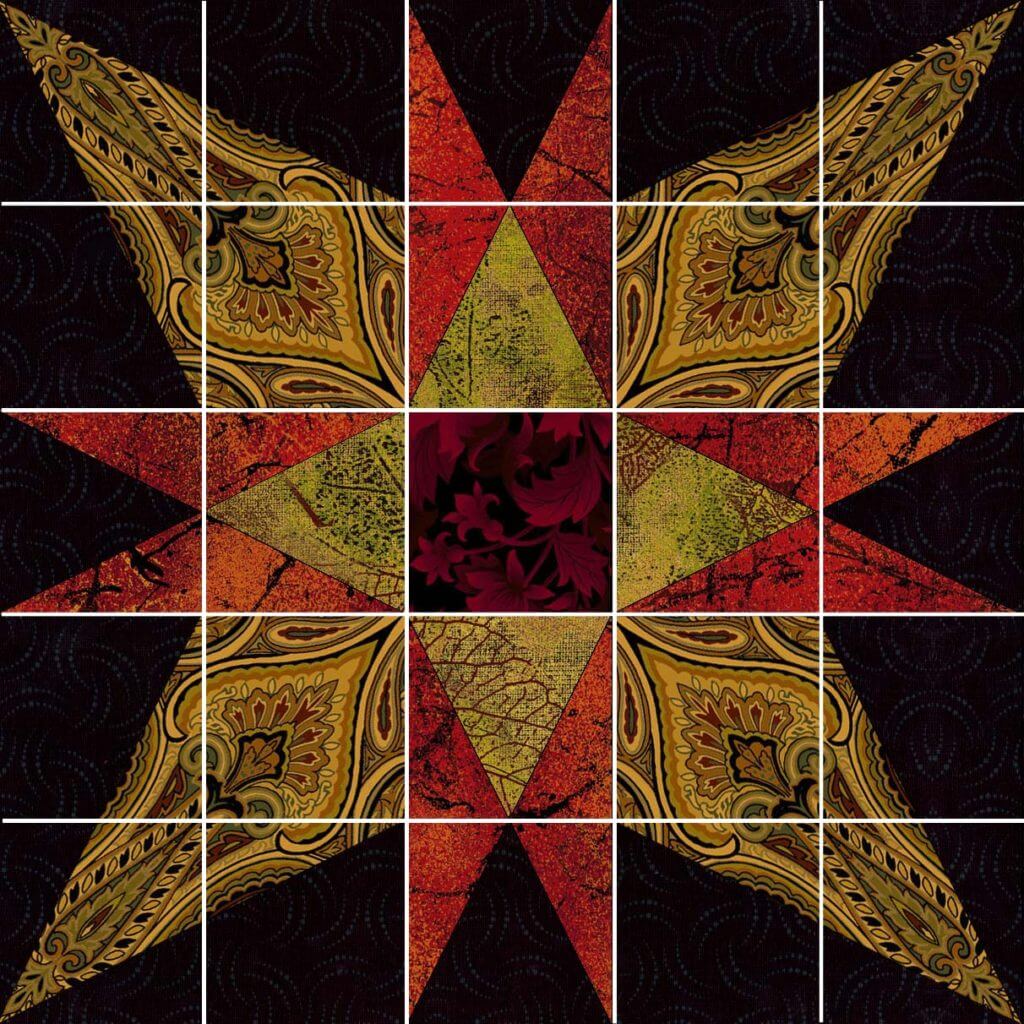 While working on my first book, Patchwork Patterns, I kept finding designs that were based on a 5 x 5 grid. Since I did not know how to fold a piece of paper to get five equal divisions I set them aside and was not going to use them. But before long there was a stack of those designs. Someone had shown me how to fold a square and get a five pointed star, so it seemed logical to me that there must be a way to fold a square and get five equal divisions. I sat down with a stack of squares and started experimenting and finally found a way!

The following day I was leaving on a trip and figured the airplane ride would give me a good opportunity to write down what I had discovered. Working with a paper napkin, I folded and wrote, folded again and wrote some more until all the steps were explained.

Finally a man sitting next to me asked “What are you doing?” I proudly answered that I had just figured out a way to fold a square and get five equal divisions and proceeded to show him. He looked on with interest and when I was finished with my demonstration he said, “That is very interesting, but there is a much easier way to do it.” He showed me in 30 seconds how easy it is. I was dumbfounded and have used the technique ever since, not for just five divisions, but for any number of equal divisions. Here it is:

If I want to divide a 7¾” square into five equal divisions, it would be hard to do the math and count off all the tick marks.  If my square were 10 inches then it would be very easy to do. I would simply mark a division every two inches. Well, all you have to do is to pretend that the square is 10 inches.

Step 1. Angle the ruler across the square so that zero is on the left side of the square and 10 inches falls on the opposite parallel side.

Step 2. Make a mark every two inches and you will have five equal divisions.

Step 3. Using a ruler or triangle with a 90 degree angle, line it up to the dots and draw the lines as shown

Step 4. Turn the paper 90 degrees and repeat steps 1-3 to get the lines going in the other direction. It is best to use a different colored pencil for the dots so that you do not get the first set of dots mixed up with the second.

For a more detailed explanation of this technique see The Quilter’s Album of Patchwork Patterns, pages 29-32.