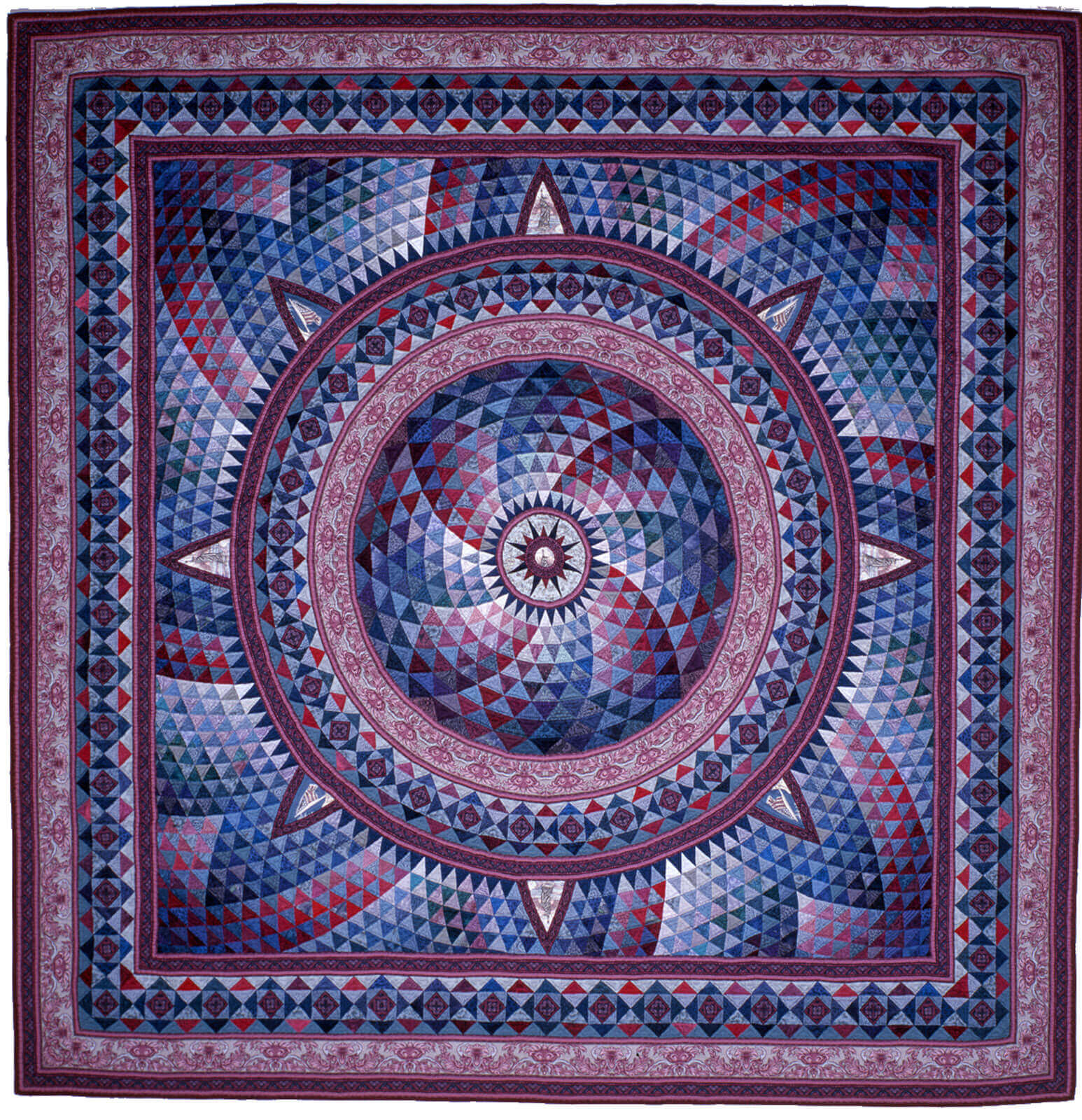 As we approach the 20th anniversary of 9/11, I want to share with you once again, the quilt I made to commemorate that tragic day. I wanted to honor all those who lost their lives on September 11, 2001. My goal was to have at least one piece for each of the victims. There are 4,777 pieces in the quilt. The one in the center is for my friend, Barbara Olson, who was in the plane that crashed into the Pentagon.

I began the quilt that week of September 11 and hoped to finish it just one year later by September 11, 2002. (I was one month late and finished it on October 11.) It is entirely hand pieced and I used more than 100 different templates and about 150 different fabrics all from collections I have designed over the years. I wanted to capture the spinning and chaos that surrounded those first days and to capture the colors I was seeing in the gray smoke and dust with the occasional, proud American flag standing tall. In the center is the Statue of Liberty which stands in New York Harbor and is repeated surrounding the center along with American flags.

In choosing the colors, I referred to an image I had been using in my color class where I took an image of the American flag, pixelated it and took out the colors using them in my quilt.

I am often asked how did I get the border print to curve? In the free tips section of my web site is a tutorial on how I achieved those curved effects. Here is a link.

And where did the name come from? I knew from the start that I wanted to call it “Windows.” Everyone was looking at windows that day – windows from planes, windows of televisions, people looking out windows from the top of the World Trade Center where sat the famous Windows on the World restaurant.

Probably, though, the most common question I am asked is if there is a pattern for the quilt and a kit available. Obviously with so many templates and fabrics used that would be impossible. Furthermore, it is a very personal quilt to me with lots of memories stitched into it.